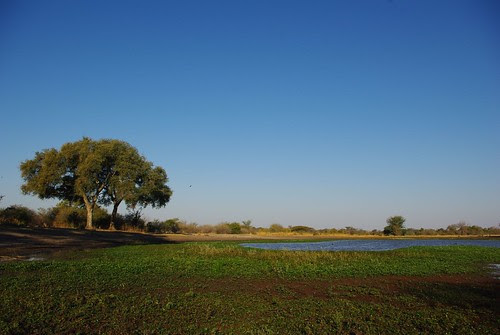 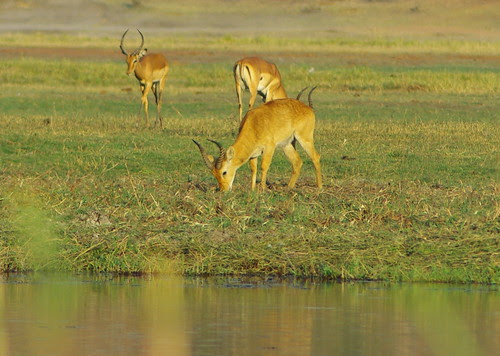 Point and Shoot Backup Camera
I still take my old Olympus D765 UltraZoom as a backup camera. Because it is small and a bit less obtrusive, I used it to take pictures of people this trip. But it was my main camera on the two previous safaris, and it does take great shots!
Posted by Becky McCray at 4:51 PM 1 comment:

Trophy hunting in Namibia is estimated to generate around N$500 million per year.

Hunting quotas given to communal area conservancies in the past two years earned the conservancies around N$11 million per year. In addition to employment creation, goods and services and taxation, it is estimated that income from trophy hunting is much more and is expected to be around N$500 million.

"Trophy hunting continues to be an important economic driver in rural areas," said the document.

In the past two years, the ministry awarded 20 big game quotas to conservancies.

Trophy hunting, which falls under conservation and wildlife successes, is listed as one of the ministry's achievements in the past 10 years.

The other achievements include environmental protection, sustainable land management and environmental sustainability of production systems, conservation of species and habitats and protected areas, community-based natural resource management programmes and tourism.

By last year, Namibia's protected area network was expected to cover 17 percent of the country. In addition to 19 percent, which is the area covered by communal area conservancies, around 36 percent of Namibia is under some form of conservation management.

"Most of the land within Namibia's diversified protected area network have pragmatic conservation management objectives that instead of locking away natural assets, have provided the engine for much of the tourism-related economic activity," the strategic plan said.

The ministry said there are signs that rare and endangered species are increasing in number and expanding back into areas where they have previously been eliminated.

Among these areas is the northwest, where the antelope population has increased while free ranging black rhinos are also registering a healthy population and are no longer subjected to poaching like before. The country also has a healthy population of elephants with almost no incidences of poaching even though they live outside protected areas.

"Wildlife on freehold land has also increased over the past decade and places are at such high levels that they can support a quality wildlife-based tourism and trophy hunting," it added.

Since the passing of conservancy legislation in 1996, 50 communal area conservancies have been formed covering more than 118704 square kilometres.

During 2005 alone, community participants raked in N$26.1 million in financial benefits while private sector partners generated a turnover of almost N$70 million. It is estimated that the net income generated by the operations exceeded N$140 million.

The community-based natural resource management programme does not only empower marginalised communities through decision-making and institutional development, but also builds skills and capacity, provides jobs and generates income at community level.